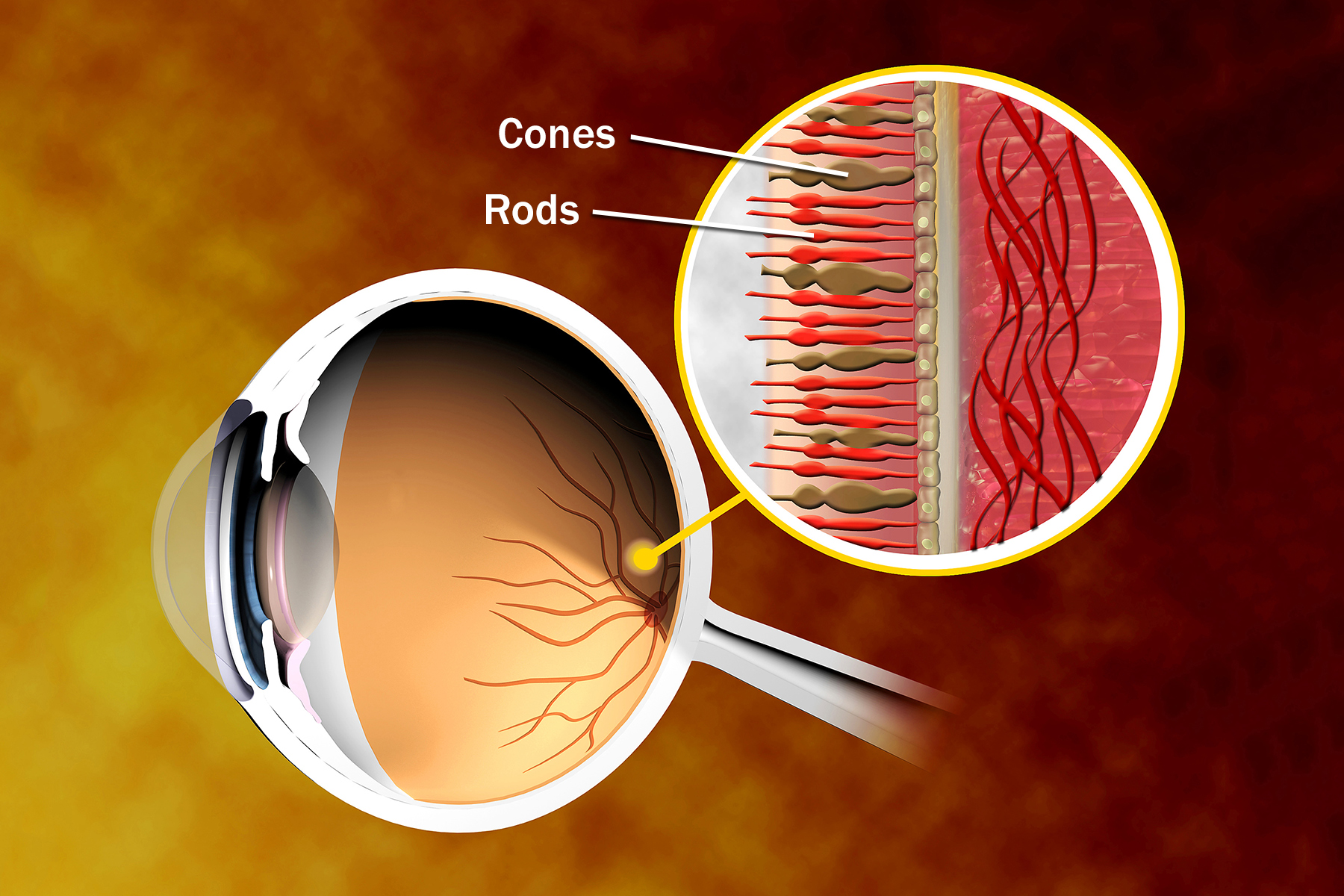 About one in ten men has color blindness, a visual inability to distinguish specific colors, which has a genetic origin linked to the X chromosome.

How do we see the colors?

The human eye is made up of different structures that interact to allow the reception of visual stimuli.

One of the eye components is the retina, which is located at the back of the eye and is responsible for “projecting” the images (stimuli) that come from outside. The cells capable of capturing color and light are found in this part of the eye called rods and cones.

What is color blindness?

This alteration owes its name to the English scientist John Dalton, who was the first described case of color blindness. Color blindness is a visual disability that prevents distinguish specific colors. This is due to a missing or malfunctioning one or more than one type of cone.

There are multiple variants of this disorder; in fact, it could be said that no color blind sees the same as another. Making a rough classification, three types of color blindness can be distinguished:

The most common form is dichromatism, which affects the cones responsible for capturing red or green. When one of the cell types is missing, the other will be in charge of collecting the stimuli that would correspond to the first; thus, in many cases, the two incoming stimuli will be perceived as the same color.

One variant of this disorder is the lack of responsibility for capturing the blue tones; in this case, individuals will often confuse the colors blue and yellow. These types of color blindness are called dichromatisms since the individual has only two types of cones.

Another form of color blindness that has similar effects although milder, than the two previous cases. In this case, the individual presents all three types of cones, but some deficiency prevents normal functioning.

Finally, the most severe case of color blindness is the so-called achromatopsia, as a result of which the individual who suffers from it only appreciates differences in the grayscale.

This alteration has a genetic origin; it is a sex-linked inheritance disorder. The affected gene is found on one of the sex chromosomes (humans have 46 pairs of chromosomes, 22 pairs are autosomal, and one pair is sexual).

Recessive genes are linked to the X chromosome. This means that all men who inherit an X chromosome with the defective gene will suffer from the disorder and that women, on the other hand, will only have it if both chromosomes carry the gene (which is highly unlikely, since it would require that both parents carry said gene). This explains why cases of color blindness in women are rare, while approximately one in ten men has some form of color blindness.